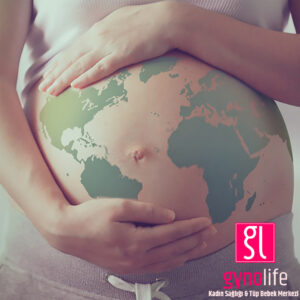 The desire of couples to have a baby may not possible naturally due to some different reasons. While the problems can be caused by both men and women, there are cases where both sides lose their functionality. With donation progresses, it is provided for this couples to have baby. Within this context egg donation operation is carried out for women who have problems in their eggs. This paves the way for couples to have children. In this field, egg donation stands out as a successfully applied treatment in the world. However, situations where egg donation is required;

As can be seen, it is possible to get pregnant with egg donation treatment, especially for women who have passed the pregnancy process, women who have undergone treatments that will affect their pregnancy processes, and women with genetic problems. This paves the way for couples to have children. In order for them to experience the feeling of being a parent, they can achieve this desire with egg donation, which is an advanced treatment method. Egg donation treatment is a frequently used method in the world.

How is Egg Donation Performed?

However, the tests to be done before egg donation for women are tests such as uterine film, blood group, blood count and Anti HIV. After these tests, the data obtained for female individuals are evaluated and suitability is determined. Some tests are also carried out for men, and tests which are carried out are especially blood group, Anti HIV and sperm analysis. As a result of these processes, the suitability of the male is determined, and a new phase is started for the egg donation process.

Then, the search for a suitable donor for the egg is started. Egg donors are selected among people who have experienced pregnancy before and proven that this can happen. Individuals between the ages of 21 and 30 are more likely to be considered as egg donors. Because these periods are favorable times for pregnancy. After taking donor’s from woman who doesn’t have any infectious or genetic diseases, egg donation process is approachs to end.

Afterwards, the egg and sperm taken from the donor are combined in the laboratory environment. In addition, the woman’s uterus is also prepared for the transfer in this process. After embryo formation, the embryo is transferred to the uterus of the expectant mother between the 3rd and the 5th day. Thus, the process is completed. The egg donation process in the world is carried out by going through the specified processes.

Egg Donation Success and Fees in the World